Leading international recruitment partner to the fashion and retail sector
Back to Blog January 9, 2013 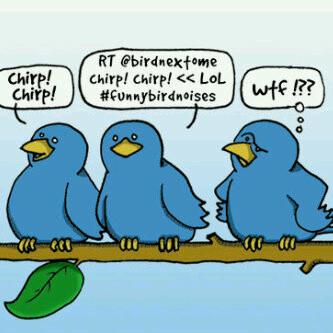 Follow me on Facebook? How often do we hear this being said, or how often is this asked to us without any real idea of who the person is that’s speaking to us, or what they do?

This obsessive need to engage in relationships solely on social media sites is most definitely growing; whether you view it as a negative or a positive, but where do we draw the line between acceptable and obsessive?  As far as we’re concerned there’s nothing negative about wanting to stay in contact with people who (without the use of social media) we may not be connected to otherwise, possibly because of location or lifestyle, but when the overuse of sites such as Twitter, Facebook and Instagram mean a ‘normal’ daily life is impossible to follow the problem needs addressing.

One story, published in the news last week, reported that footballer Marvin Sordell was seeking help for his “Twitter addiction” after his manager became worried with the amount of time he spent Tweeting. The under 21 Bolton Wanderers player used his phone so much before and during (half-time) matches, his manager had to intervene for fear of the problem shadowing his career. Now, we all know someone who could do with spending slightly less (or perhaps a great deal less!) time updating their status, but the fact there are specialists in place specifically to aid ‘social media sufferers’ is surely a worry for our generation.

Footballers obsessively engaging in social media has been a current problem over the passing months, and many managers have banned the use of phones in changing rooms before and during games. However, it’s not just footballers who are victims of an addiction to social sites. Singer Justin Bieber is one person guilty of serial tweeting, sending just over 20,000 tweets since joining in 2009 and blogger Perez Hilton with an impressive Twitter feed of over 86,000 tweets. A recent study showed social media to be more addictive than alcohol and cigarettes, but remains an unrecognised problem with people unaware of the possible negative results of overusing.

In a time where having an active online presence is the norm, it’s hard to know where the lines of obsession and embracing technical development cross. With over 175 million active users on Twitter and just over 1 billion on Facebook (as of October 2012), these stats alone show that we are only becoming more reliant on social media and more and more of us are suffering from ‘FOMO’ (fear of missing out) syndrome. With most news announced online first the fear of being the last to know has resulted in users continually checking their profiles and therefore showing signs of a ‘social media addiction’.

While we are completely pro social media here at CVUK we believe that maintaining a healthy attitude towards it is something that needs remembering.