Leading international recruitment partner to the fashion and retail sector
Back to Blog February 24, 2010

Fashion firm Supergroup have recently announced plans to float on the stock market, in a bid to raise £125m under the guidance of their newly appointed non executive chairman, marketing supremo Peter Bamford.  If the float is to be successful, Supergroup could be valued at £400m.

Supergroup, the company behind the incredibly popular clothing label Superdry, have gone from strength to strength since its launch six years ago.  The brand is the brainchild of Julian Dunkerton, who owns the chain of Cult boutiques, which are also part of the Supergroup, and James Holder who founded the Bench label.  This month the brand have revealed huge sales, with like-for-like sales were up 29% from the previous year.  Total sales over the last year, including trade through new outlets, almost doubled to £119m. 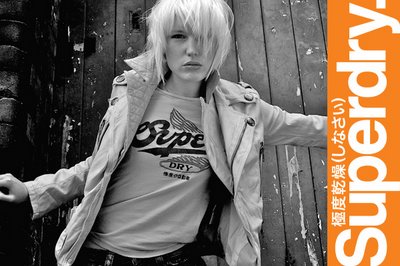 These sales figures seem huge for a brand that has chosen to not to advertise.  They encompass a publicity free philosophy,  whereby silence can do more to articulate the quality of a product – if something is that good, why do people have to push it so much?  Many other brands such as Jack Wills also practice this mantra, that no advertising is good advertising, and it seem to work.  The brands sell themselves, and the proof is in the sales figures.

Superdry clothing is very distinguishable, with bold japanese writing over its hoodies, tees and coats, which translates literally as ‘Extremely dry’ (get it?).

The company owe a lot of their success to the celebrities who have chosen to endorse it.  Some of the most influential icons of the decade (whether we like them or not) are huge fans, this includes David Beckham, Kate Moss and Zac Efron to name a few.  Most importantly though they supposedly wear Superdry through choice and not through some sort of multi-million dollar sponsorship deal. 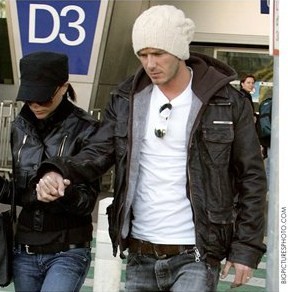 With a similar ‘preppy’ aesthetic to Abercrombie and Fitch and Jack Wills, the brand has a slight advantage over those companies price wise, with a female shirt selling for roughly £45 and male hoodies at roughly £50, making the brand affordable and desirable to its target market, from teenagers to twenty somethings.

Supergroup seem to have it all sorted, but in the fickle world of high street fashion, but will their label stand the test of time?  Is the brand adaptable enough to cope with the constantly changing opinions of their target market, where popular can very often become ‘un-cool’?