Leading international recruitment partner to the fashion and retail sector
Back to Blog January 1, 2019

Are fashion and feminism compatible?

Feminism has never been as mainstream or as fashionable as it is today. The Chanel catwalk has seen feminist marches. The red carpet of awards ceremonies has been increasingly politicised.

#MeToo went viral as a popular hashtag and has become a genuinely transformational
movement. Women’s rights and gender equality have never been so big in fashion news – but can the fashion industry, for so long criticised for its lack of diversity and for promoting an unrealistic ideal body image, ever really be compatible with feminism?

Caroline Rush, CEO of the British Fashion Council, thinks it can. She is adamant that loving fashion is not a conflict of interest. It does not make anyone automatically anti-feminist. Indeed, she believes that fashion is, and always has been, one of the most effective feminist tools there is.

Loving fashion does not make a person anti-feminist

Of course, not everybody would agree, but the argument that Rush makes is a compelling one. Think back to the Suffragettes. They made a fashion statement of intent with their chosen colour scheme. Purple represented dignity and loyalty. White represented purity and green stood for hope. Here, fashion was much more than a garment or something frivolous – it gave a sense of empowerment. 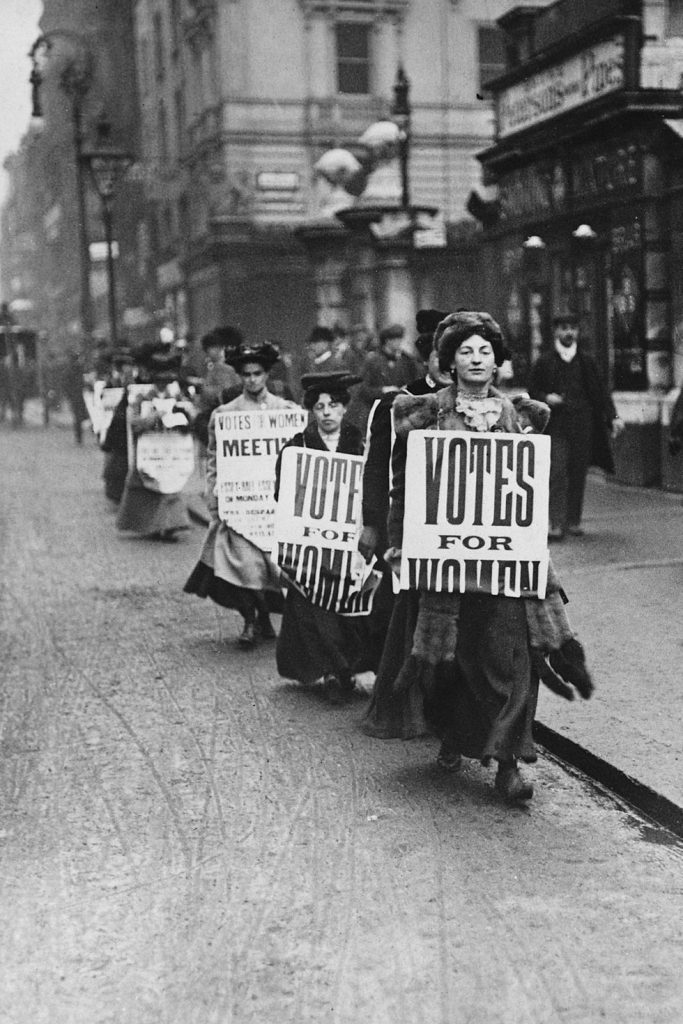 Some people see fashion as ‘a female thing’. Of course, it isn’t. What’s more it is a
significant industry in its own right. Fashion employs just shy of 900,000 people in the UK,
almost as many as the financial sector. It is big business and women hold some of the key
positions within the industry. The British Fashion Council’s celebrated talent programme,
NEWGEN, now has nine designers on the roster – four of these are women. If young women
are looking for female role models, they will find many in the world of fashion.

Fashion certainly gives women a powerful voice. It is increasingly being used as a platform
for debate. In today’s world, the glossy fashion magazines are still important, but more and
more we see the rise of digital. Social media has added an extra element and, if anything, it
has amplified women’s voice louder still.

Campaigns such as London’s #BehindEveryGreatCity have done much to drive the issue of
gender equality further forward. Often the personal and individual (rather than the
collective) power and strength that a woman can gain from fashion gets overlooked, but this
is so important. The clothes you wear become a message to the world, proclaiming your
own style, taste and identity.

Like most other industries, there is a need to see more women employed at board room
level in the fashion sector. However, the situation is definitely improving. What’s more, the
industry is taking clear steps to ensure that women are never let down in terms of body
ideals or diversity.

Organisations such as the British Fashion Council are doing much to champion the
importance of every single person within the sector. It is also a confidential and
independent point of contact for students, models and agencies to flag up abuse or poor
practice.