Leading international recruitment partner to the fashion and retail sector
Back to Blog August 1, 2018

There can be no denying that the world of retail is evolving. Of course, it has always been a sector – like many others – that cannot afford to stand still. However, the major change (some would say ‘culprit’) is digital, online… the internet. It has definitely ruffled more than a few feathers in retail.

There is a few things in life that haven’t been affected by the good old world -wide web, so it was only a matter of time before retail began to feel the full effect. Right now, all high street retailers (or certainly the vast majority) are taking their businesses online.

But the reports of the ‘death of the high street’ have been greatly exaggerated. Yes, the figures don’t look good – in 2017 a grand total of 5,855 shops closed in the UK – the highest figure since 2010. It’s always going to be difficult with numbers like that and 2018 has already seen some big-name casualties, such as Toys R Us and Maplin.

But, it’s all too easy to simply blame the internet, isn’t it? Sometimes it seems that retailers who are struggling are far too quick to point an accusatory finger at the devil that is Amazon – and way, way too slow to look at themselves and consider the mistakes they might be making.

Change is a good thing

The truth can be uncomfortable sometimes, but the fact is that some retailers who struggle with their bricks and mortar portfolio find – like the latest big brand to get into serious trouble, House of Fraser – that many of the wounds are self-inflicted.

It might seem inappropriate and way off the mark to try put a positive spin on things. After all, there is no doubt that the high street, in particular, is facing some tough challenges at the moment. There’s the looming issue of Brexit and its impact on the pound.

Throw business rate hikes into the mix, along with the fact that many consumers are feeling the pinch right now and have less disposable income, and you can see why the retail space is a difficult one to be in at present.

But change is good. It’s wrong to pin all the blame on the pesky internet. 25 to 30 years ago, the high street faced a massive upheaval with the advent of out-of-town retail parks. It forced retailers into a re-think.

The internet is simply another of the big changes and challenges that retailers are faced with and have to deal with. Yes, you can see the internet as a threat but is also something to be embraced. For example, Toys R Us may have gone to the wall, but one of its main competitors, Smyths, has managed to thrive in exactly the same environment. Retailers can definitely use online to their advantage and a successful online presence can be a real driver for bricks and mortar store visits.

At CVUK Group we are building more and more new head office teams that are increasingly digital and e-commerce focused.

Similarly, and this ties in with the point that the world just evolves over time and that change naturally occurs, there has been a shift in the way that the start-up space has been working. 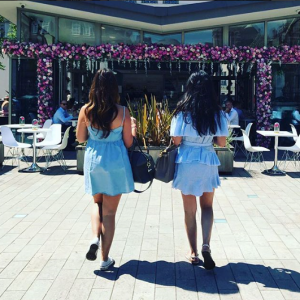 For new and upcoming brands in the food, tech, fashion, online and beauty world, the trend is for small teams. 3 out of 4 of the candidates we meet ask for just that – smaller teams, and start-up environments and boutique offices.

This is in complete contrast to a few years ago when everyone wanted to be in huge environments.

Time does change things and there is nothing to fear from that – just embrace it!