Leading international recruitment partner to the fashion and retail sector
Back to Blog January 21, 2015

The campaign to put a stop to page 3 has caused quite a lot of controversy. With conflicting ideas of what is feminism and some very public debates and displays of protest the ruling has finally arrived; there will be no more Page 3. After years of campaigning it has been announced that the 45 year old feature will no longer run in ‘The Sun’ newspaper. However, unfortunately it will remain in our British newspapers as the Daily Star will continue the ‘British Tradition’. 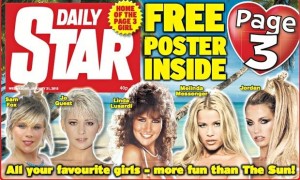 This news has come with quite a lot of controversy. This has been seen as a triumph for feminists, as the photos will no longer be displayed in the family newspaper but now hidden within the internet. 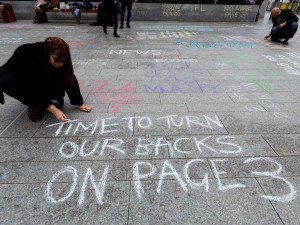 The issue which has now been raised is that women should not be telling each other where they can work, the debate on Channel 4 news shows evicted big brother star Chloe Goodman criticising Harriet Harman’s anti Page 3 stance, saying women shouldn’t “tell each other what jobs to take”. Goodman later added: “Why should feminist women then tell other women how to live their lives? Women fought together to get the vote and so on and so forth, so why should women now be fighting each other, and tell each other what job roles to now take within the industry?” 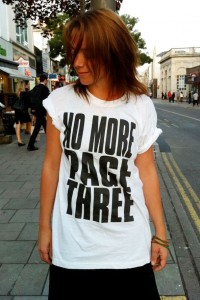 However, Jo Elvin the Editor of Glamour magazine sums up the disbanded Page 3 success perfectly,

“I think it’s high time that this relic from the 70s was retired. Bravo The Sun and congratulations to the No More Page 3 – it was a resilient, dignified campaign”