Leading international recruitment partner to the fashion and retail sector
Back to Blog June 6, 2014

It’s that time of year again where the future of fashion showcase their work to the world, as over 40 colleges and universities congregated at the Truman Brewery in East London for Graduate Fashion Week . Sponsored by George at Asda, Graduate Fashion Week is the annual five-day event that features the hottest up-and-coming British fashion young talent, by providing them with the unique opportunity to showcase their work in front of industry professionals. 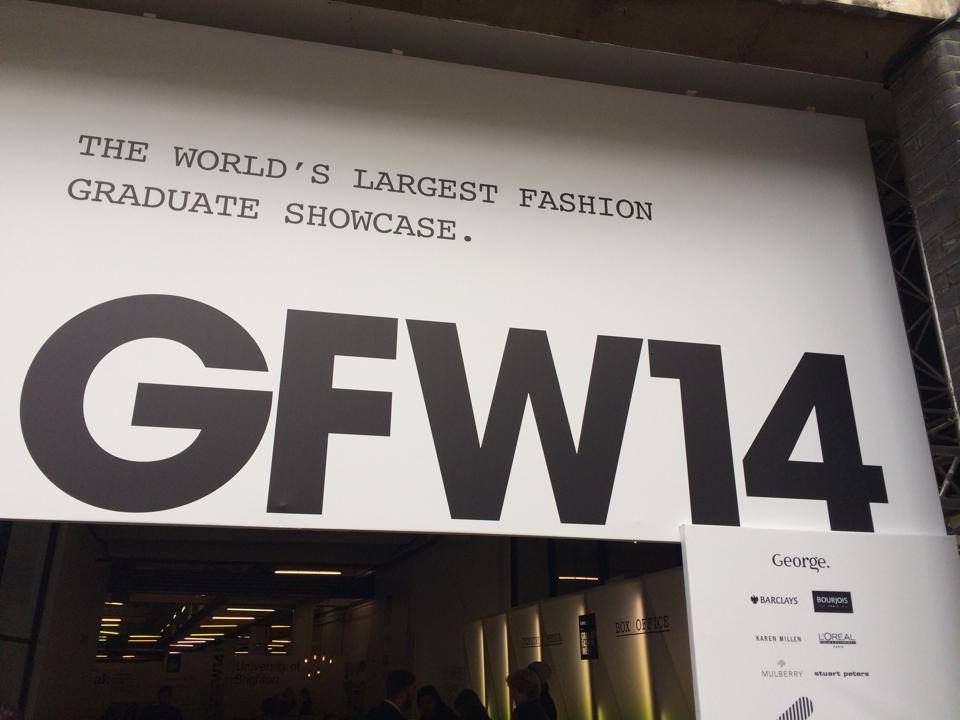 This year over 40 UK fashion colleges and universities took to their stands to proudly display the best of their students’ final year work. Stepping foot into the building, we were instantly greeted with detailed illustrations, fabrics, textures and mannequins draped in final collections filled the rooms with diversity, individuality and gave us an exciting glimpse of what’s to come for the future fashion talent in the UK. GFW had a fresh look this year, mainly down to their re-location to East London’s trendy Brick Lane – which provided more of an edgy and vibrant vibe to the event compared to Earls Court in previous years. 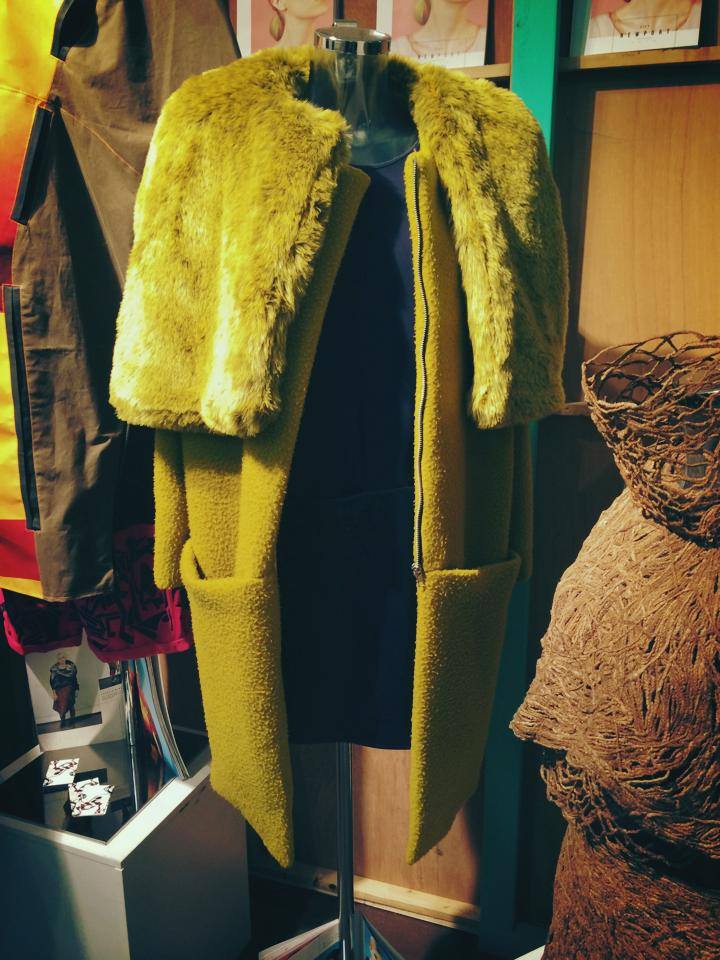 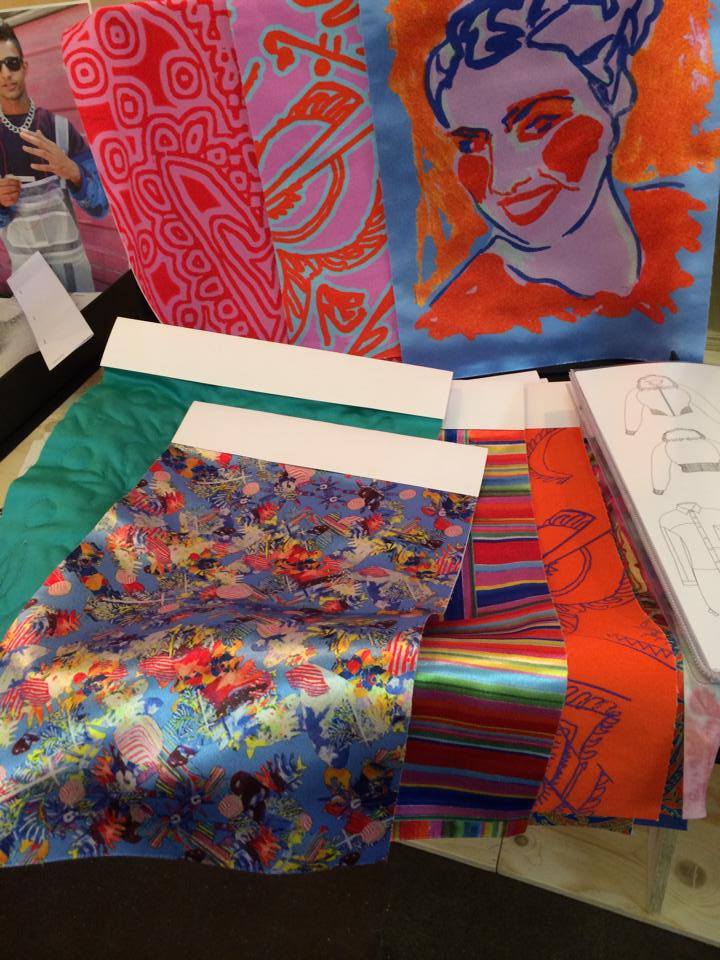 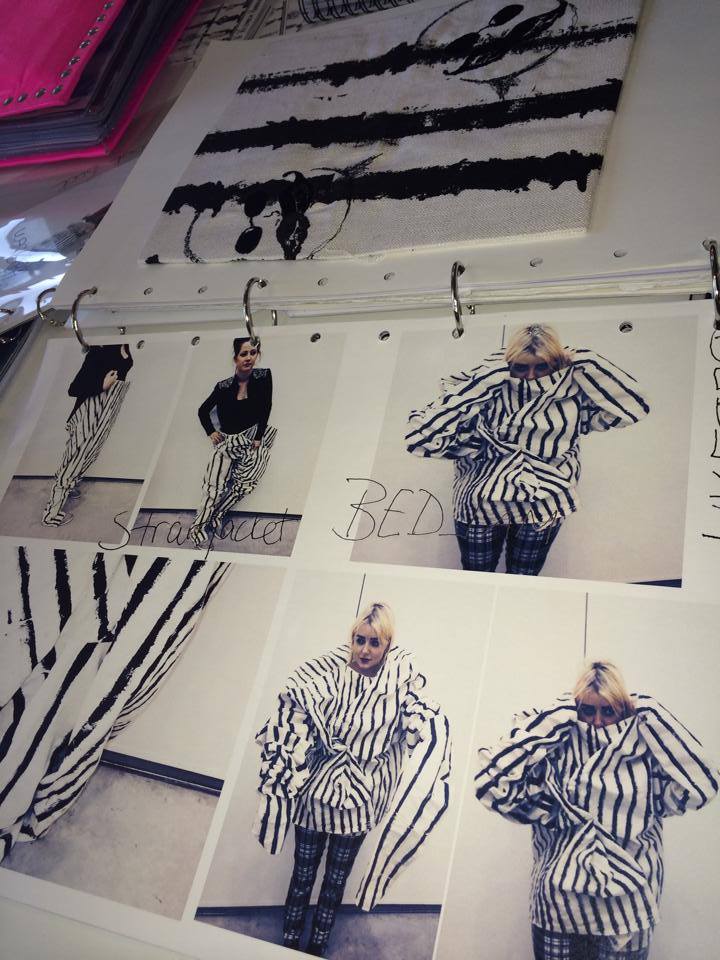 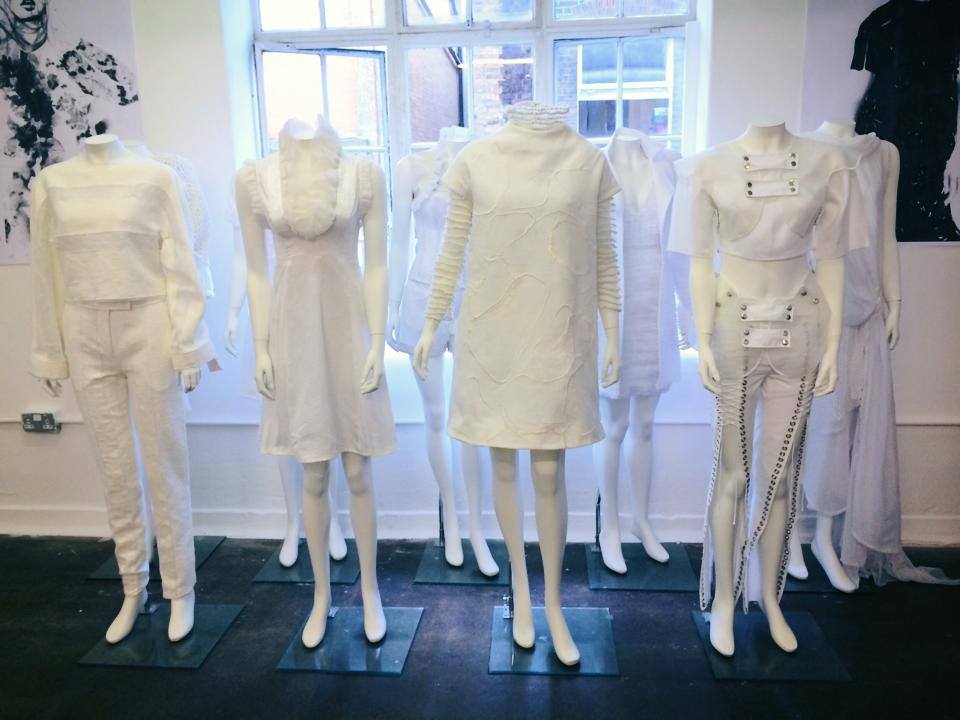 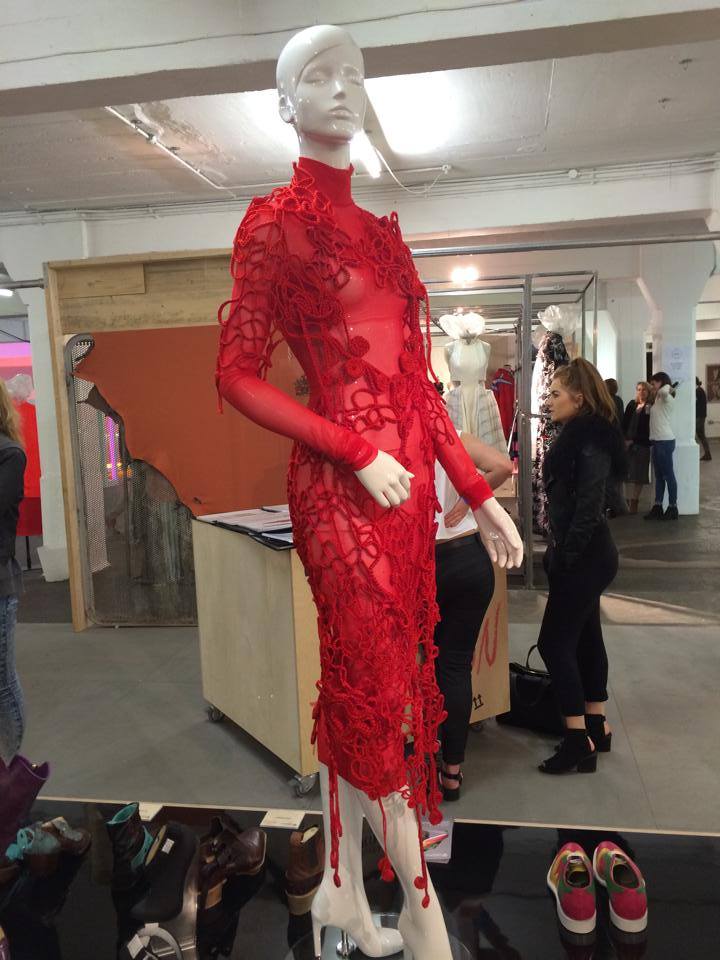 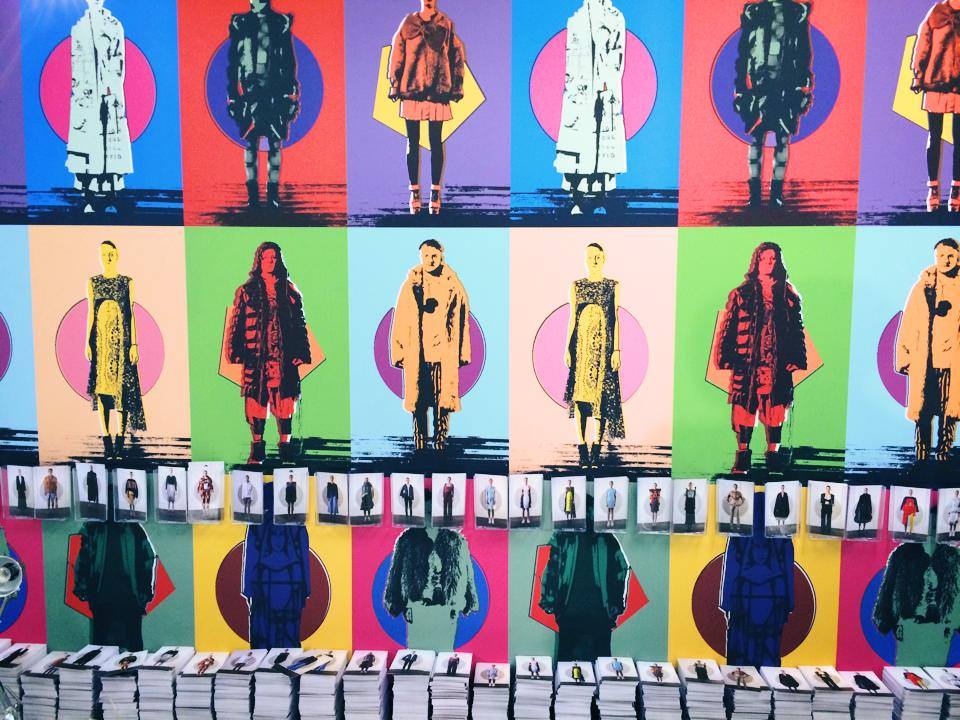 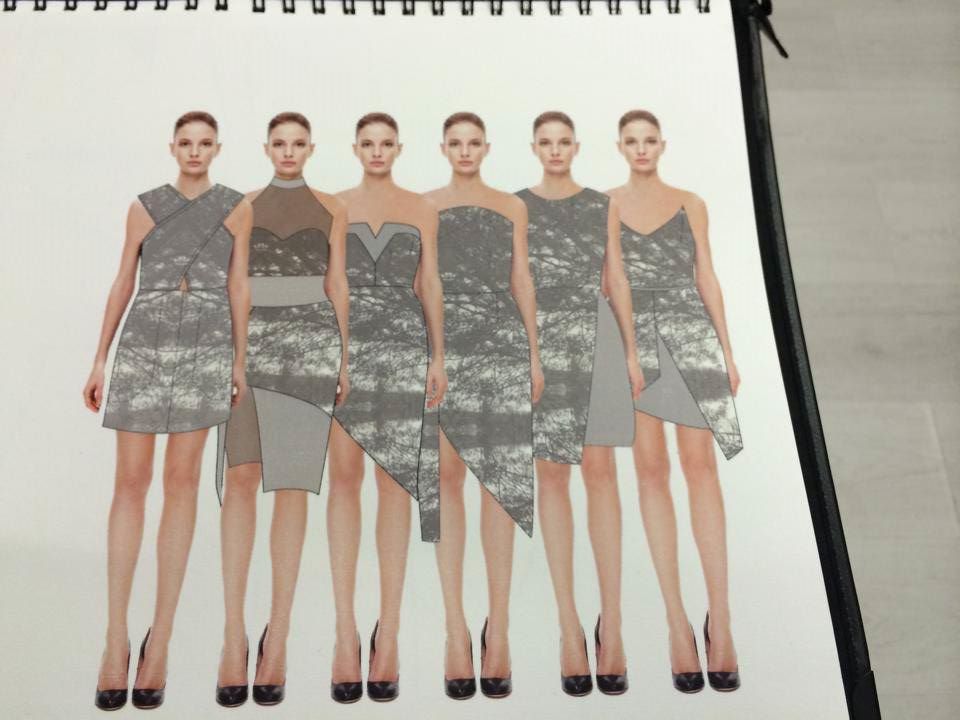 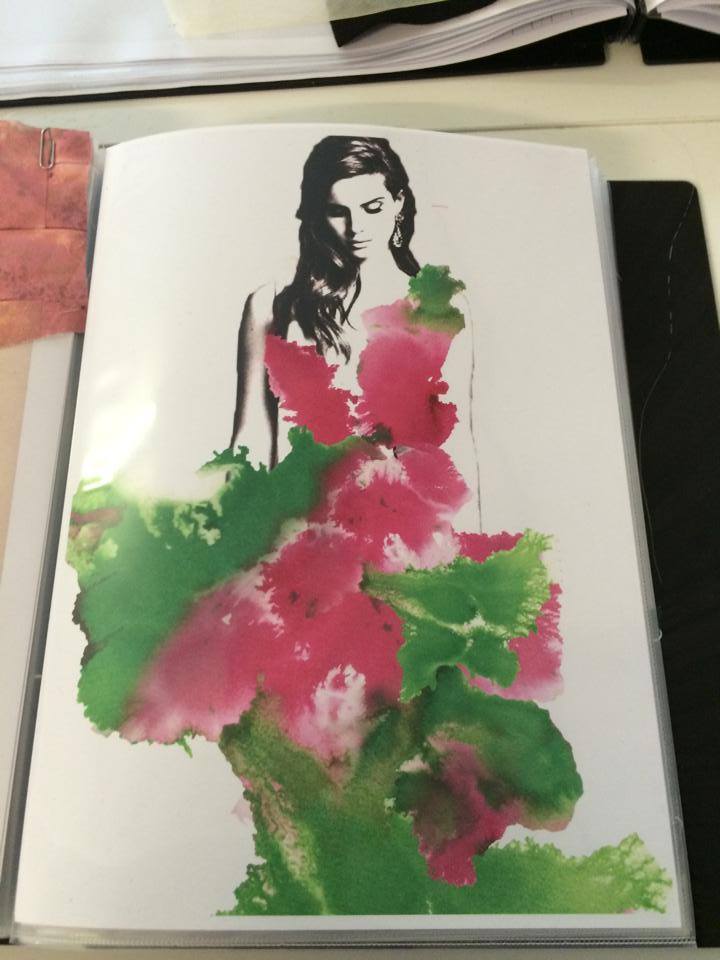 Over the years Graduate Fashion Week has launched the careers of top British designers as Stella McCartney, Julien MacDonald, Antonio Berardi and Christopher Bailey to name a few! This year, Grace Weller of Bath Spa University has won the top prize Gold Award, as well as the womenswear award in a double victory at last night’s award ceremony. Grace’s prize includes £10,000 and a paid internship with George at Asda, who will also produce and stock a collection of her designs! With a judging panel consisting of designers Peter Pilotto, Louise Gray and Agi & Sam, as well as milliner Philip Treacy and British Fashion Council ambassador for emerging talent Sarah Mower, Grace’s collection of hand-embroidered lace dresses in bold colours of blue, red and orange was described as “beautifully crafted”. 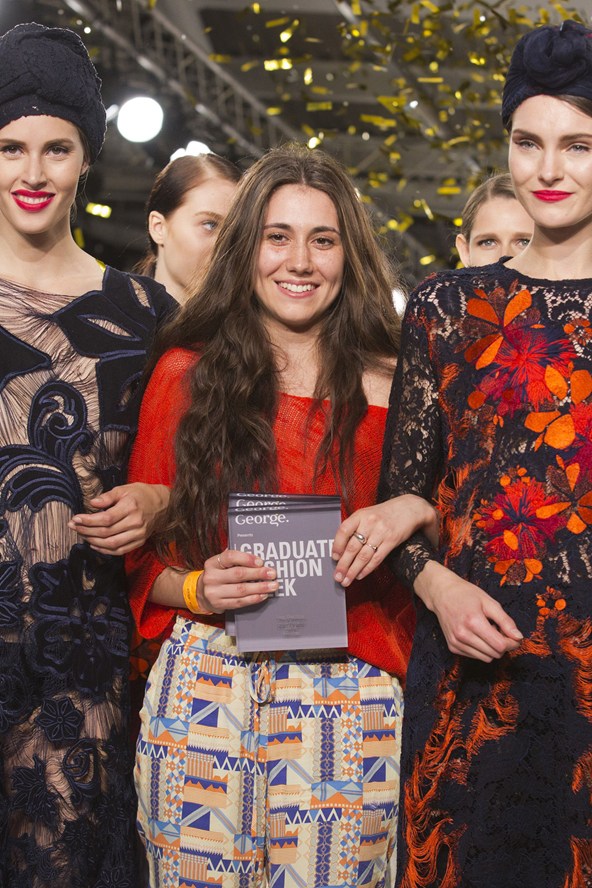 This year’s GFW might have been their best yet – attracting 30,000 visitors in its new location, a considerable increase from the average 20,000-25,000 visitors in previous years. This suggests to us that the exciting and more accessible East London setting has made a huge difference and we can’t wait to return next year!

Don’t forget that CVUK recruit for graduate positions including designers, merchandisers and ecommerce roles– send your CV to amy@cvukgroup.com to find out more!