Leading international recruitment partner to the fashion and retail sector
Back to Blog March 28, 2014

This year’s fourth annual Fashion 2.0 Awards saw Marc Jacobs and ASOS take the lead as they were awarded for their outstanding achievements and communication strategies across digital media. The Fashion 2.0 Awards are the first industry-recognized distinction honouring the most digitally innovative fashion brands. Fans are invited to nominate and vote for their favourite brands and the winners are announced at a live ceremony held in New York, attended by the biggest social media stars in the fashion industry!

This year, Marc Jacobs and ASOS led the way as they scooped two awards each! Marc Jacobs won ‘Best Twitter’ and ‘Best Instagram’ while ASOS were awarded with ‘Best Facebook’ and the biggest honour of the night, ‘Top Innovator’.

In a world where more and more fashion brands are relying on a Tweet, Facebook competition or board on Pinterest to increase their brand awareness and identity as well as attract a global fan base, it was only a matter of time before we had an awards ceremony dedicated entirely to fashion web 2.0 technology. 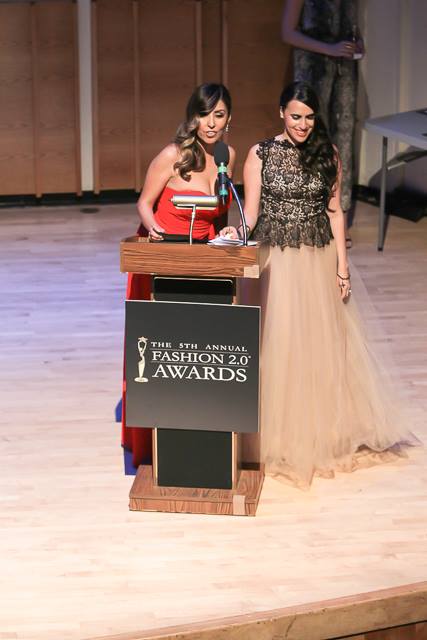 “We are at the frontier of a new universe where we’re able to communicate and be voyeurs,” Zac Posen said during his keynote speech, adding that he’s “addicted” to social media. “It’s up to all of us in the fashion arena to be responsible for how we create the voice and language and how we work in this new universe.”

Who are your favourite fashion brands on social media? Let us know!