Leading international recruitment partner to the fashion and retail sector
Back to Blog January 15, 2013

Sportswear has been filtering onto our catwalks for the past few seasons, with the likes of Victoria Beckham, Isabel Marant, Kenzo and Lacoste showing energetic designs inspired by key pieces more often seen on the field.

A key piece in any sport inspired look is the bomber jacket and for Spring/Summer 2013 the bomber is having a bit of a field day (excuse the pun!). The hottest new style of jacket was a fashion week hit across the runway with designers showing their love for the trend though a variation of designs. We saw embellishment at it’s best at Ashish as designer Ashish Gupta gave loungewear a whole new look for the season, pairing the bomber jacket with oversized denim shirts.

Stella McCartney showed a minimalistic vision at her show with crisp white bomber jackets as tailored as they came and MaxMara put a feminine twist on the design with silk blouse versions in soft greys. Metallics also surfaced at Jonathon Saunders and Burberry, as male models strutted down the runway in vibrant fuchsias and shimmering teals.

Metallic embellished bomber jackets were paired with matching tracksuit bottoms at Ashish while Stella McCartney to inspiration from sportswear and dressed models in sheer midi-skirts and mesh bomber jackets.

It wasn’t just womenswear embracing the bomber jacket this season, as Christopher Bailey sent male models down the catwalk in two-tone bombers in plum and sapphire shades.

Loose-fitting silk versions were seen at MaxMara and disco was in the air at Jonathon Saunders as metallic featured again on athletic jackets.

As usual we’ve had our style spies out and about on the high-street and we’ve hunted down the best bombers that you need to be wearing this season. 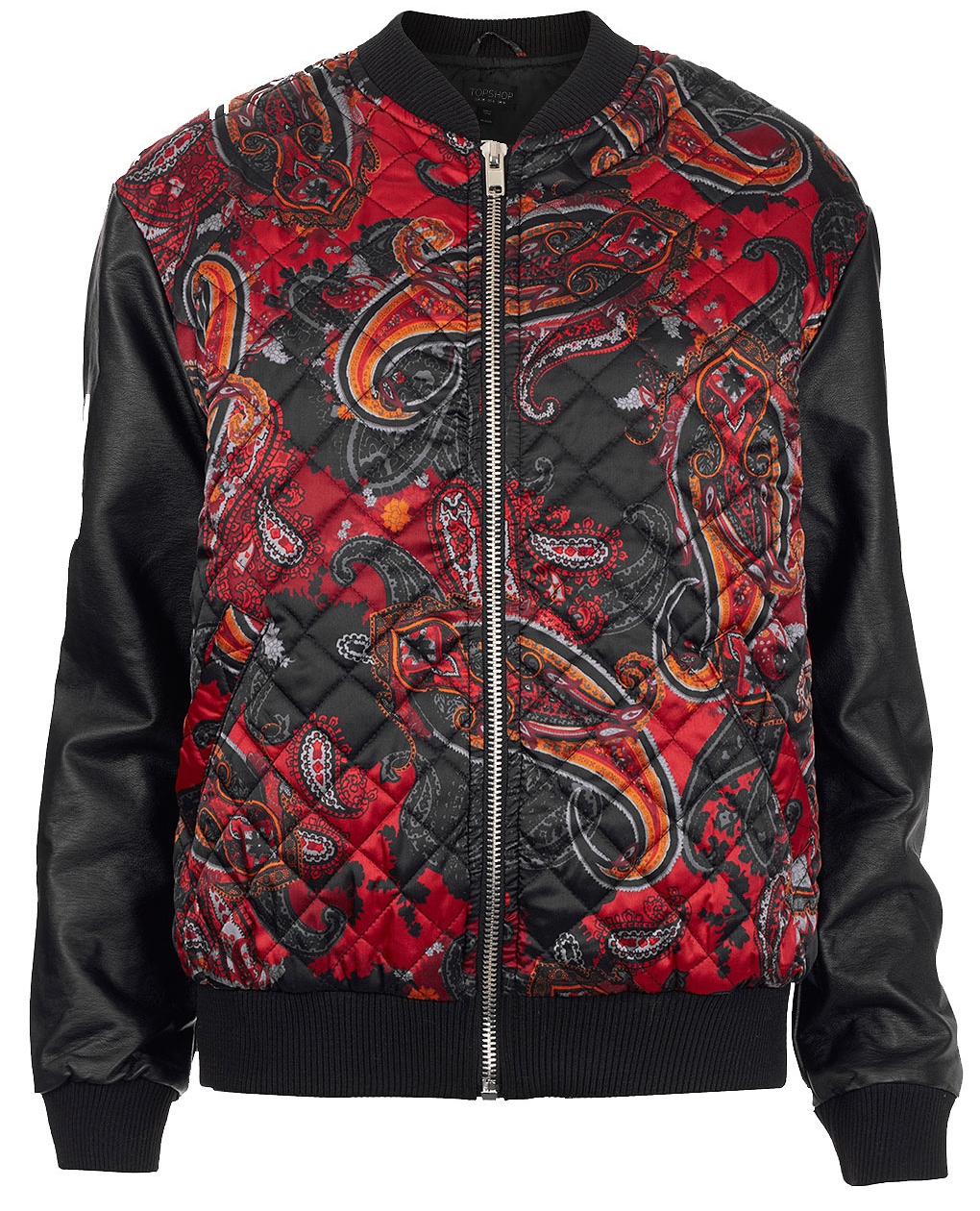 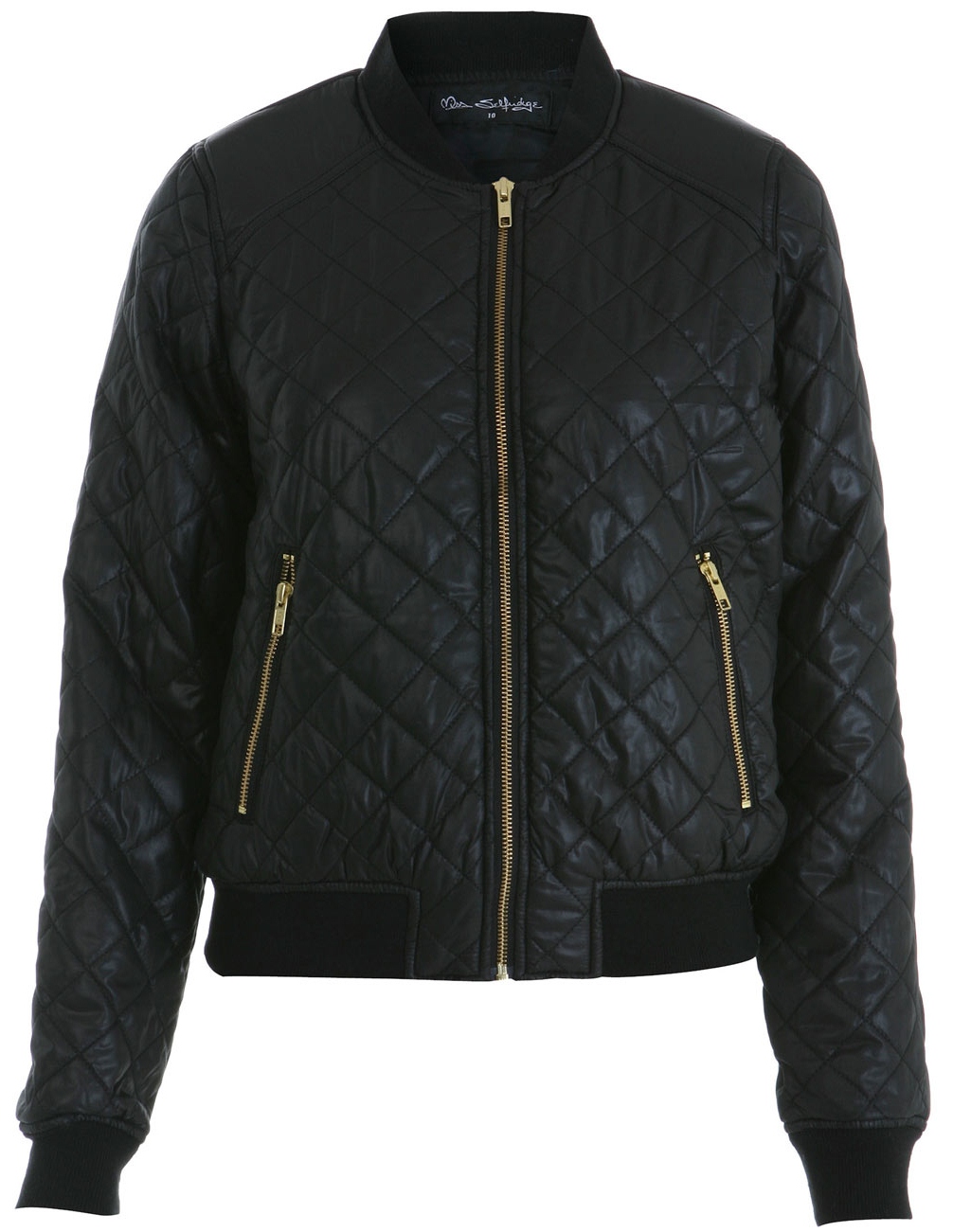 Get ahead of the fashion pack with this Quilted Paisley Print version by Topshop, £60.00 or keep things simple with another quilted beauty in black by Miss Selfridge, £49.00. 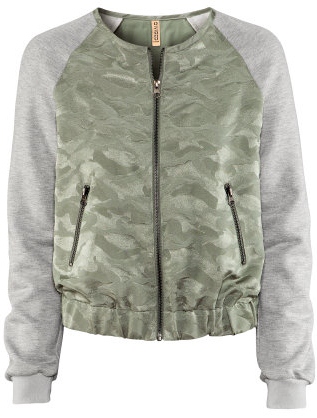 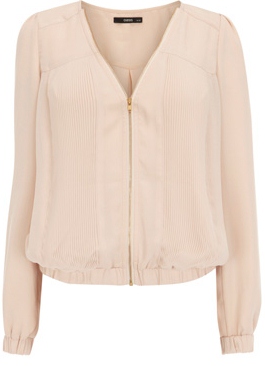 Pair this H&M camouflage print bomber with a pair of boyfriend jeans and stiletto courts for a casual chic look, £29.99 or embrace the pastel palette and layer this delicate Oasis nude jacket over a white blouse, £48.00 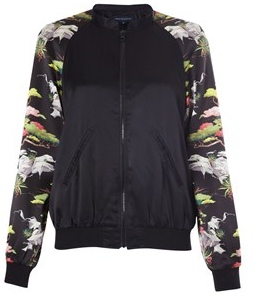 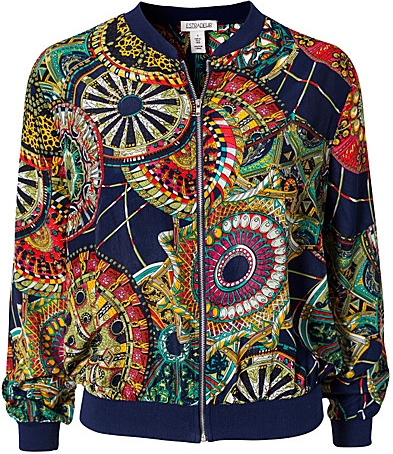 There’s one big trend that everyone should be channeling for Spring/Summer it’s coming from the Far East. Oriental inspired designs swept the catwalks at fashion weeks across the globe and these designs by French Connection, £160.00 and Estradeur, £32.95 are the perfect way to bring out your inner geisha. 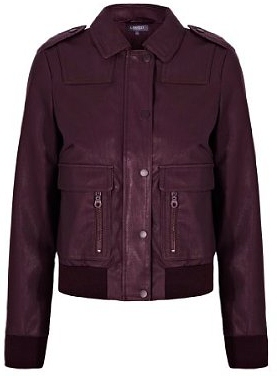 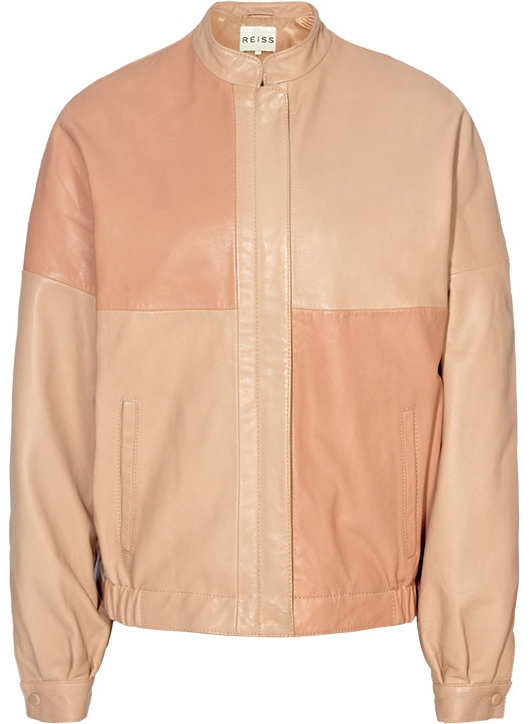 If you’re not into patterns but black is a bit too simple for you then this bomber in a deep plum shade from M&S, £59.00 is just the thing to combat the problem. If a simple shade is what you’re looking for, but you’d rather something with a subtle twist then opt for this two-tone leather version by Reiss, £350.00. 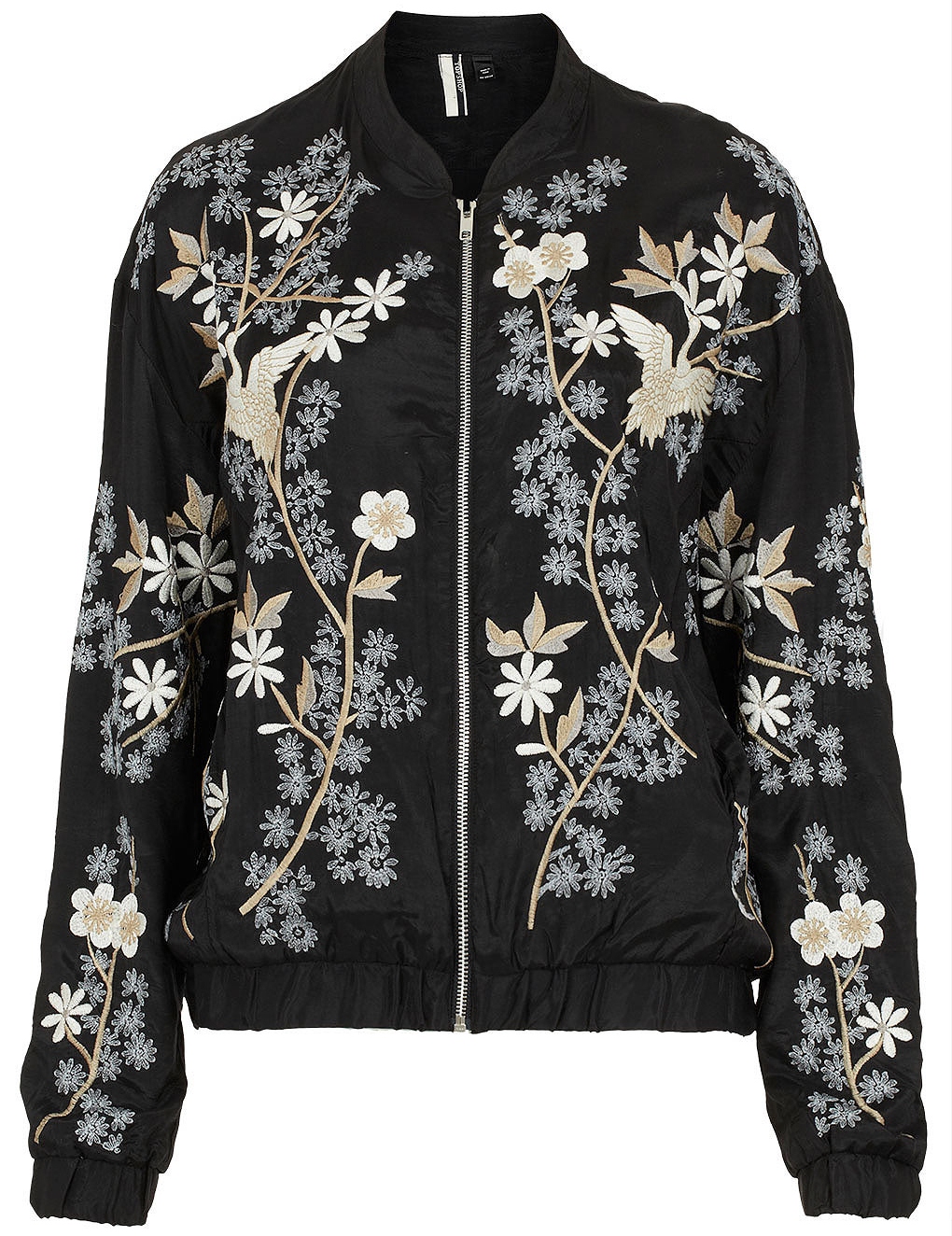 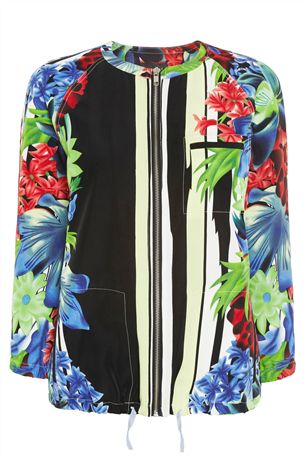 The patterned bomber has featured highly in our feature (in-case you hadn’t noticed!) and the final two in our top ten are ideal for brightening up a simple outfit, whether you’re heading into work or heading out for the night. Topshop £65.00 and Next £38.00