Leading international recruitment partner to the fashion and retail sector
Back to Blog October 20, 2010

Well the big day crept up on us, race day –  the 17th March , and suddenly it was too late for excuses as team CVUK assembled outside a pub at Victoria Park with the Hobbs crew, on a brisk Sunday morning.  A combination of fear and worry was plastered across every cold face.  We tentatively made our way to the park, with talk of lack of training; blaming the kids, the husband, the boss, the hectic social schedule… 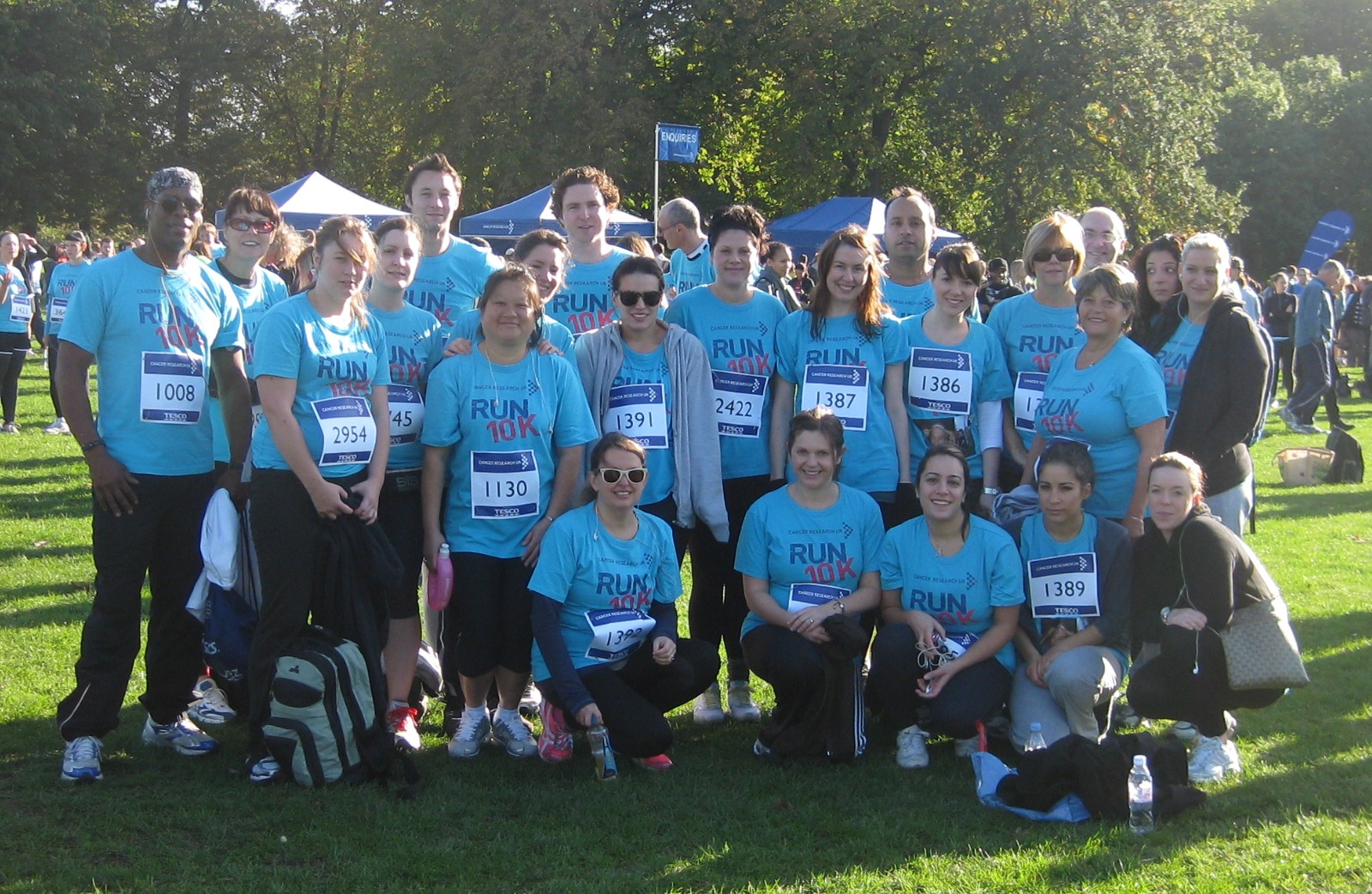 Luckily the sun began to shine across the park and spirits rose.  After a bit of hydrating and stretching, an incredibly enthusiastic, Sue Pollardesque fitness instructor took to the stage to warm everybody up….”left arm, right arm…and step, two steps”…and surprisingly, suddenly the adrenalin was pumping and we were all queued up and ready to go.

And we were off, and before we knew it the 10k had passed.  Everyone from team Hobbs/CVUK finished without a hiccup and the group clocked some very impressive times.  The look of relief when people crossed the finish line was priceless, as were the groans of agony coming from the sore legs the next day in the office.

Most importantly CVUK have managed to raise over £3, 700 for Cancer Research so far, with money still rolling in.  Everyone was delighted they took part in the end and some of the team have even signed up for a half marathon in Bath next March.

You can still sponsor here.

Same time next year then folks!!