Leading international recruitment partner to the fashion and retail sector
Back to Blog February 3, 2010

New Look are opening a new flagship store on Friday 2nd on Oxford Street, slap bang in the capital of Britain’s busiest fashion retail trading district.  But five years ago this move would never have been possible for a brand which represented cheap tack, more than great value fashion.  However, by name and by nature, New Look ditched the badly cut denim and neon crop-tops, and introduced a large range of affordable, a-la-mode shoes and prom dresses.  By the end of last year New Look became the number-one volume retailer in women’s dresses, with staggering 39% of the British female population having bought at least one item from the brand in the past year.

The brand owe a lot of their success to the popularity of their shoes, this year they expect to sell a pair of shoes every two seconds and the new flagship store will boast the largest selection of shoes on Oxford Street.  The average pair of shoes retails at £25, and although not necessarily made with the finest material in the industry, they do offer catwalk styling, exactly what the brand’s young customer is searching for.

New Look were able to reach new heights of credibility and acceptability among lovers of high street fashion, after collaborations with the likes of Lily Allen on a range of dresses, and through It girls such as Alexa Chung and Agyness Deyn, representing the brand.  The chain enjoyed an annual growth of 11% between 2003 and 2008, and is now valued at a huge £1.7bn. 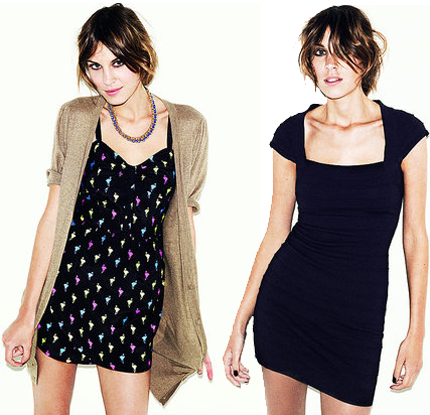 New Look also intend to open more stores in Europe, where it has 58 outlets, and in areas such as the Middle East and Russia, where there are 44 stores.  currently the brand has no where near the fan base of high street leaders Topshop, but they have set their sights fairly high, and ultimately will have one of their most successful years to date in 2010.